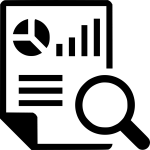 Background:  During his acceptance meeting with management, the manager insisted he’d spend the assignment unaccompanied, despite being married for over 20 years:  “my wife has many commitments and she feels that this would be best.”

As a standard component of the pre departure process, the coach arranged for the couple to independently complete our assessment using our International Assignment Profile tool to identify pre-assignment risk factors.   The couple complied and completed the assessment, but when the coach attempted to schedule a follow-up call to discuss the results, the manager initially refused to have her join the call: “my wife is not accompanying me to Perth, why does she need to be on the call?”   Sensing the manager was avoiding a potential underlying issue, the coach politely yet firmly insisted on the importance of speaking with his wife, which the manager finally agreed to.

In speaking with the manager’s wife, the coach discovered there was indeed marital conflict, and found both husband and wife wished for reconciliation and a positive solution.  The assignment was to begin in three months, which gave them time to work things out before the manager was to leave for Perth.  The coach arranged for them to meet with a counselor twice weekly at first, then weekly thereafter.  The coach maintained regular contact with the couple in the three months leading up to the departure date;  they managed to patch up their differences and agreed to go on assignment together.  They also continued regular sessions with their therapist by Internet. With their relationship back on track, they enjoyed their time in Perth together,  and the assignment  proved successful.

Assignment: 6 months in country (with possibility for extension).

Background: The senior manager was assigned from the company’s US headquaters to spend an initial period of six months in Sao Paulo to implement and oversee changes in the location’s accounting processes. Because he was a successful accountant at home, it was felt “this is the pro we need in Brazil.”  In both his pre-assignment assessment and during his initial interview with the coach, he was found to be a direct, no-nonsense “let’s get the job done and don’t ask questions” kind of guy. He didn’t speak a word of Portuguese and during his interview made a comment that raised a major red flag:  “they speak English, and if they don’t they’d better learn.”

Having lived and worked in Sao Paulo, the coach knew this attitude would cause inevitable friction with his co-workers, and in his ability to settle into the new location.  In a series of pre-departure interactions, the coach focused on convincing him to “tone it down,” pointing out that Brazil is a “collective, we” culture, and the problems he’d encounter if he held himself above or apart from the team.

Once in Brazil, the manager learned his approach tended to shut people down, and in his follow up call with his coach, began to talk about his negative experience in-country; only, this time, he sought her advice and guidance. She explained, as they had discussed earlier, that successful bosses within Brazilian business culture are more cooperative and non-hierarchical. She sent him several articles and recommended a book on the subject, and for several weeks they spoke regularly via Skype to discuss his new more inclusive approach, and the progress he’d been making with his Brazilian colleagues.

Solution: The intervention (requested by the manager) enabled him to be more effective on the job – and vastly more comfortable. After six months on the job, his Brazilian “charges” were asked to fill out a formal assessment, which documented his effectiveness as a manager (his ability to listen and motivate), and their overall satisfaction in working with him.

Background: Our evaluation found them prepared for the assignment, but it was discovered during the follow-up call that they had a daughter in college who was struggling with school and very upset about their imminent departure.

Solution: The coach/mentor arranged a (telephonic) family meeting for a frank, if delicate discussion, about the daughter’s “separation” issues. In the course of the conversation the coach learned that an aunt/uncle lived only 60-miles from the daughter’s university. Another call was arranged involving the aunt/uncle. during which the daughter agreed to spend at least one weekend per-month with them at their home. Mom and dad were set up on Skype and spoke with the daughter weekly – mom almost daily. With guidance from the coach/mentor, Dad spoke with the company and was able to work out an agreement where mom was supported to return home quarterly (at least for their first year). This arrangement smoothed what would have been an otherwise difficult, if untenable family situation, and paved the way for a successful two year assignment in Indonesia. Moreover, after the first year, the daughter settled in, gained a greater sense of independence, and mom no longer needed to return for quarterly visits.